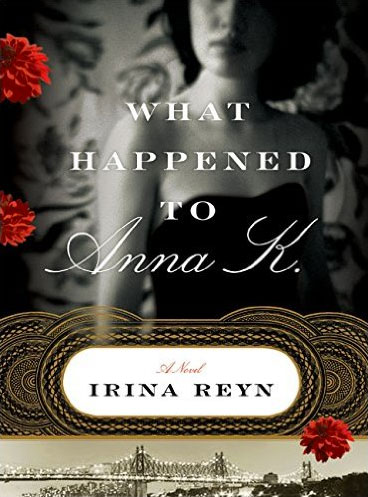 Vivacious thirty-seven-year-old Anna K. is comfortably married to Alex, an older, prominent businessman from her tight-knit Russian-Jewish immigrant community in Queens. But a longing for freedom is reignited in this bookish, overly romantic, and imperious woman when she meets her cousin Katia Zavurov’s boyfriend, an outsider and aspiring young writer on whom she pins her hopes for escape.

As they begin a reckless affair, Anna enters into a tailspin that alienates her from her husband, family, and entire world. In nearby Rego Park’s Bukharian-Jewish community, twenty-seven-year-old pharmacist Lev Gavrilov harbors two secret passions: French movies and the lovely Katia. Lev’s restless longing to test the boundaries of his sheltered life powerfully collides with Anna’s. But will Lev’s quest result in life’s affirmation rather than its destruction? Exploring struggles of identity, fidelity, and community, What Happened to Anna K. is a remarkable retelling of the Anna Karenina story brought vividly to life by an exciting young writer