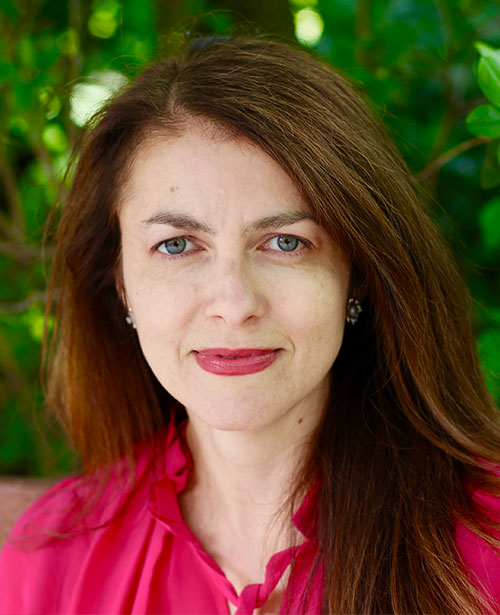 Irina Reyn’s new novel Mother Country was published by St. Martin’s Press in February 2019. It was featured on Marie Claire magazine’s “Best Fiction Books by Women This Year” list, was a “New and Noteworthy” New York Times Book Review book, A Publishers Weekly’s “Pick of the Week” among other accolades. It received starred Publishers Weekly and Library Journal reviews. An excerpt from the novel was a Notable Story in Best American Short Stories, 2018, edited by Roxane Gay, The paperback is forthcoming from Picador in March 2020.

Her second novel  The Imperial Wife was published by Thomas Dunne/St. Martin’s Press in the summer of 2016. That novel was chosen by the Spertus Institute as a One Book/One Community read. It was featured in O. Magazine, Real Simple, Cosmopolitan and other publications. You can listen to an interview with Irina on NPR’s Weekend Edition here.

Irina’s first novel What Happened to Anna K. was published by Touchstone/Simon & Schuster in August 2008. That novel was selected as an IndieBound Next Pick for August. It was also one of “Ten Best Books of the Year” by Entertainment Weekly, one of Amazon.com’s Best books of August 2008, and made both San Francisco Chronicle‘s and Washington Post‘s “Best Books of the Year List.” It won of the Goldberg Prize for Jewish Fiction from the Foundation for Jewish Culture.

Her anthology Living on the Edge of the World: New Jersey Writers Take on the Garden State (Touchstone, 2007) contains incredible essays on New Jersey just as the television show The Sopranos was transforming the state’s reputation. Authors include Jonathan Ames, Dani Shapiro, Lauren Grodstein, Frederick Reiken, Caroline Leavitt, and many others.

Irina’s work has appeared in some of the following publications: One Story, Post Road, Tin House, Los Angeles Times, Town & Country Travel, Poets & Writers, The Forward, San Francisco Chronicle, The Moscow Times.  She reviews literary fiction and nonfiction for national publications. Please see a sample of her work on the Book Criticism and Other Prose pages.

Her fiction and personal essays can be found in anthologies, including Not Like I’m Jealous or Anything: The Jealousy Book (Delacorte), Becoming American: Personal Essays by First Generation Immigrant Women (Hyperion) and A Stranger Among Us: Stories of Cross-Cultural Collicsion and Connection (OV Books).

Irina was born in Moscow, and currently divides her time between Pittsburgh and Brooklyn. She is Associate Professor of English at the University of Pittsburgh.